4. What makes this lienzo so special?

a. History books traditionally attribute the conquest of Guatemala to the Spanish captain Pedro de Alvarado. Although Pedro had tried to conquer Guatemala in 1524, he abandoned the effort to return to Spain to defend his interests before the royal court. The Lienzo tells us that it was really his brother, Jorge de Alvarado, who headed the Spanish army in the campaign that ended in the conquest of Guatemala, from 1527 to 1530.

b. The role traditionally attributed to indigenous allies in the conquest of Guatemala has been one of support and subservience: foot soldiers, porters, and service providers. The Lienzo de Quauhquechollan describes a very different relationship, placing the Quauhquecholteca on a par with the Spanish as captains and frontline protagonists. 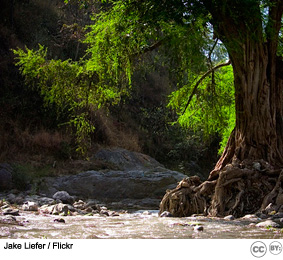 River on the way to Huehuetenango. 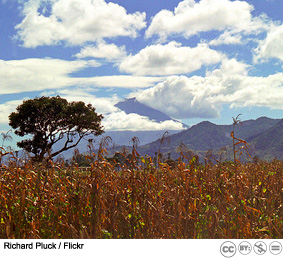 A milpa, or cornfield, in the Guatemalan highlands. 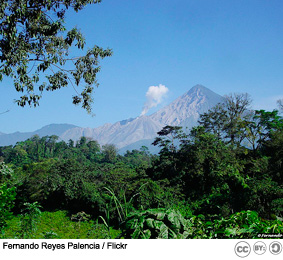 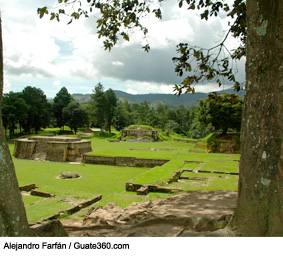 The Kaqchikel city of Iximché had been conquered by Pedro de Alvarado in 1524.